Melbourne, situated within the state of Victoria, Australia is a renown global leader in the provision of street art, previously referred to as graffiti art.  Melbourne’s inner city street art, revered city laneways and transit corridors have become a major tourist attraction. 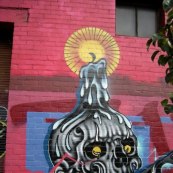 Conversely, graffiti and tagging is an illegal practice of defacing public and private property and other street artists work. Tagging involves the writing of an individuals’ pseudo identity or ‘tag’ or a message illicitly sprayed on a wall. Law enforcement agencies and the criminal justice system consider graffiti and tagging to be a subversive act of vandalism.

The act of displaying messages in public places stems from activities engaged within ancient times dating back to the Roman Empire and Ancient Greece. The word ‘graffiti’ originated from the Italian word “graphicar”, which translates “to scratch”.

Graffiti practices are believed to have been influenced by the New York Subway graffiti ethos, which arose during the revolutionary 1968 period of student and political protests. The cultural ethos of graffiti became more prominent in the 1970’s and 1980’s. However graffiti was formerly associated with anti-establishment, subversive cyber punk cultures.

Street and graffiti art was thought to be traditionally the domain of dissidents and disaffected youth from low socio-economic groups. Today street artists originate from a myriad of social class structures, including; both male and females, artists, student artists, the homeless, middle and upper class, tertiary educated individuals, who practice their art as hobbyist graffer’s .

Typically street art has been utilised as a vehicle for public expressionism.  It has been noted that the flourishing of creativity and freedom of expression verbalised through street art, draws dichotomic correlations to global cities where citizens reside and have experienced some form of oppression and repression of free speech.

The ‘outsiders’ vanguard culture of street art trumps the phony mass consumerism driven and commercial advertising culture, which is complicit in capitalism. Street artists display their works in public places along metro transport lines and in well tread public thoroughfares, in order to maximise the eyeballs of its viewers, in much the same fashion as advertisers strategically display their billboards across city landscapes.

The main point of difference being that advertisers seek to sell commercial products and services as well as political propaganda.   Whereas street artists aim to influence positive change through thought provoking social and political ideologies and ascetically pleasing imagery. 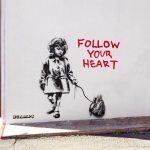 Street art promotes freedom of expression to people whose voice is traditionally not represented in the political corridors of power, within corporate boardrooms and the mainstream media.  Street art’s social driver is one that denotes creative expression with artistic visual communications often depicting pertinent political messages contained within their representation.

Economic prosperity is almost invariably a by-product of the creative and cultural capital derived through thriving artistic communities that permit street art.  Many of Melbourne’s inner city suburbs have been a hydra hub of creative activity and as such have seen street art proliferate within their regions.  The resulting outcome making these communities attractive to wealthier demographics, who at later stages purchase local real estate and increase the property values and commercial prosperity of the area.

Melbourne’s street and graffiti art ethos emerged during the 1980’s, becoming a burgeoning street art form within Melbourne city’s laneways, business, retail and café precincts.   Street art flowed during Victoria’s ‘Dark Days of Terror’, from 2006 to 2010. This dark period followed the ‘Dark Reign of Terror’, which began in Victoria in January 2003.

This time reflected a rapid decline in society’s shared values, with the state infiltrated by organised crime groups and outlaw bikie gangs. The forces of darkness converged on Victoria releasing terror on its citizens, which reflected a marked increase in; crime, rape, murder, torture, fraud, theft, cyber-crime and large scale corruption within the commercial and government sectors.

Former Premier John Brumby’s reign of power during 2007 to late 2010 was allegedly marred by police corruption, questionable political spending, government scandals, mass human rights abuses, systematic torture of vulnerable citizens and iterative civil liberties breaches.  This dark period in Victoria’s history left the Victorian economy near bankrupt and resulted in the economic collapse of many businesses, mass unemployment, entrenched poverty and homelessness, in addition to immense suffering of the most disadvantaged citizens of the state.  Interestingly, Brumby was strongly opposed to the practice and promotion of street and graffiti art.

The fear and repression during Victoria’s ‘Dark Days of Terror’ was reflected in the creative expression of the public displays of unique and colourful street art widely depicted throughout Melbourne’s central business districts.

Current Melbourne Lord Mayor Robert Doyle and the City of Melbourne warmly encourages and promotes legal street art.  Likewise the current Premier and Minister for the Arts – Premier Ted Baillieu is also supportive of all forms of artistic expression, including street art.

Other Australian cities such as Sydney and Brisbane have recently developed initiatives to cultivate the development of “cool factor” opening open air, urbane galleries showcasing street art, murals and graffiti in concert with their creative communities. The Sydney City Council has recently stated that “the community’s “innovation”, “creativity” and “vibrancy”… was enhanced through such programs, cementing the city’s identity and social cohesion”.

During 2012 the prestigious neo-classical Grande Palais Museum in Paris welcomed the street art of “outsiders” by hosting an exhibition. Likewise in 2006 The Brooklyn Museum displayed graffiti art from many of New York’s famous street artists. These show’s mainstream acceptance is seen by many people in the art world as recognising the creative and cultural value of street art and further legitimising the art forms contemporary practice.

Executive director and artist of the Williamsburg Art and Historic Center, Terrance Lindall when asked about graffiti in 2006 said;  “Graffiti is revolutionary, in my opinion”, he says, “and any revolution might be considered a crime. People who are oppressed or suppressed need an outlet, so they write on walls, it’s free. 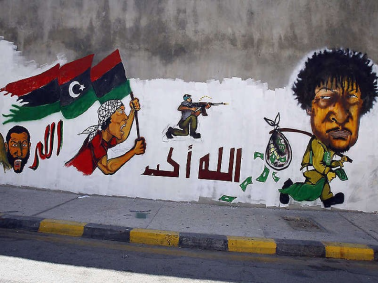 There are strong parallels between the amazing street and graffiti art found today in Sao Paolo, Brasil and the New York Subway ethos found in the 1970’s and 1980’s. With Brazil’s mass unemployment and entrenched poverty, street and graffiti artists visually depict the disenfranchised elements of society and showcase their economic struggles.

Graffiti art has also recently been emerging in oppressed countries such as Russia, Iran, Israel, Libya and The United Arab Emirates.  During the Libyan uprising, the local people consistently voiced their hopes and fears through public displays of graffiti and street art, eventually overthrowing their repressive dictator Muammar Gaddafi, resulting in his death and the collapse of his 34 year regime.

Russia also has its share of powerful and witty avant-garde street artists, the most visually compelling being P183. His tag is a reference to a New York subway artist of the 1970’s – TAKI 183. His mural style works depict a police state with Orwellian influences.  Kremlin strongman and Russian President Vladimir Putin is vigilant in ordering teams of his troopers to paint over politically inspired street art, in attempts to quell the rapidly growing Russian revolution, which seeks freedom from persecution, repression, state sponsored theft, fraud, torture and human rights abuses. 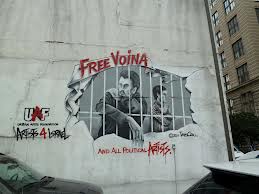 Street art has always acted as a popular voice of the people during political struggles in the cities like; New York, Los Angeles, Chicago, Berlin, Sao Paolo, Moscow and throughout South Africa.

Melbourne’s street artists have been pioneers in the avant-garde movement.  Collectively through their public artworks, teamed with famous international visiting street artists such as Banksy, and Parisian Blek le Rat they have challenged the status quo enabling collective reform.

Avant-garde revolutionary, street artist – Banksy’s street art works at times utilize rats and monkeys as motifs and are heavily imbued with strong satirical social and political points, which tends to invite social commentary around his ideological visual messages. Through the popular commodification of Bansky’s works have seen him earn significant sums of money for his crafts.

Saint Simonian and colleague Olinde Rodrigues famously stated during the Enlightenment period in 1825; that “the power of the arts is indeed the most immediate and fastest way” to usher in a new era of economic, political and social reform. 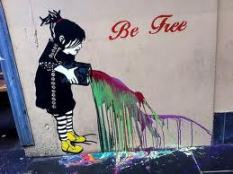 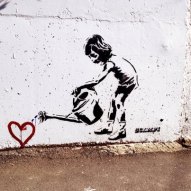 Periods of revolutionary change through previous centuries have been mobilized by artists of various persuasions who through practicing their art affected change and ushered in new eras of peace and corresponding prosperity. 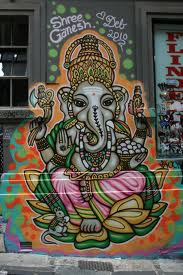 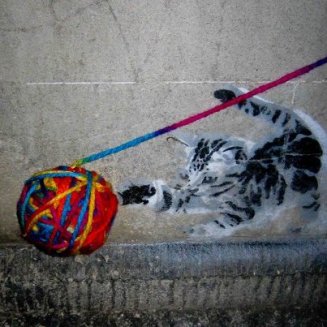