Victoria police brutality cases highlight a dark reality: an ingrained culture of bullying and abuse of power, that has enabled police misconduct and the humiliating denigration of its citizens to fester.  Victoria Police has a long and storied history of police misconduct.  Recent cases of police savagery have surfaced, with several community legal centres (CLC’s) leading the charge to expose police abuses and win justice for their clients.

It is noted that of the 109 complaints made since 2006, by the Flemington Kensington CLC, to the former Office of Police Integrity (OPI), the anti corruption commission IBAC and police Ethical Standards departments (ESD), only three complainants received an apology from the police.

Many victims of racial profiling, police misconduct and abuses of power are currently coming out of the woodworks and courageously telling their stories.

In one case managed by Robinson Gill Lawyers, a disabled pensioner recovering from back surgery, cancer and depression, was a victim of deplorable police brutality, after his psychologist sent the police around to his house for a welfare check.
The pensioner “John” stated that he was in excruciating pain and not dealing well with the adverse affects of the pain medication his doctors had prescribed him.  After John’s psychologist requested a routine welfare check, six male police officers coaxed John into his front yard, pinned him down on the ground, repeatedly hitting him with a baton.

While later kicking his head and spraying his face with capsicum spray and a high pressure hose.  Disquieting verbal abuse accompanied the polices physical assault of John. One officer is seen  videotaping his colleagues “trophy” crimes on his mobile phone. 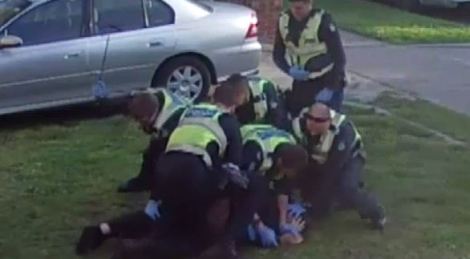 It was wrong…It was like a game for them…They wanted to get their rocks off, you know?….I thought I was going to die.

John had committed no crime.  As a result of the incident John has lost faith in the police complaints process and instead opted to sue the police force to receive an apology and justice.

This distressing incident was captured on John’s home CCTV cameras. This evidence was handed to the media and in turn has led to public outrage at the humiliating and degrading misconduct that John and others like him are routinely subjected to by Victoria police.
John’s lawyer Jeremey King requested that the six officers involved in the incident to be stood down while the matter is investigated.

Police conflicts of interest and interfering with evidence is commonplace

In another case a young educational assistant Jessie , was handcuffed and mishandled by police, on a night out with her partner.  The couple had committed no crime and were not drunk or disorderly in a public place.  After the incident Jessie made a complaint to the police and as consequence she was falsely police charged with criminal offenses.  These charges were later dropped upon commencing legal action against the police.

There is an over reliance on police and their own statements (during the internal investigative process). They (police) are not routinely obtaining CCTV footage…It is not uncommon for police accused of misconduct to concoct criminal charges to justify police conduct or to pressure a complainant.

African youths are regularly targeted by corrupt police in racial profiling and violent abuse incidents.  The youths claim that they are harassed and bullied by police.  So great is the problems that the Western Community Legal Centre has encouraged all of its clients and local youths, to record all incidents of police harassment and brutality on their phones, to be used as evidence in court proceedings.

The ABC has also reported that a young handcuffed man had his head rammed into a steel door in a jail in Bendigo. This incident was captured on CCTV. 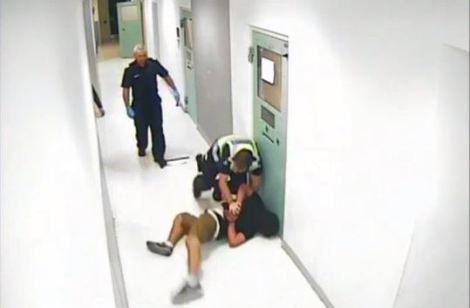 The man is seen with blood on his face and unconscious while several police hover over his body on the floor.
Sadly, Tamar Hopkins, solicitor of the Police Accountability Project said that police could not be trusted to investigate themselves or similar incidents.  She stated that the aforementioned stories are;

“Just the tip of the iceberg…What is unusual is that this (John’s incident) has been caught so graphically on footage…Sadly it is a common experience…It is so normalised (the police brutality), that these officers are not going to do anything about it… I think it is terrifying these officers are still working and have their jobs.

Meaghan Fitzgerald, lawyer with the Fitzroy Legal Service, claims that her clients have rarely received justice for police abuses of power.  In relation to her many clients arrested on false charges and assaulted when requesting police assistance she says;

These individual cases are examples of a much wider problem.  It is extremely challenging for an individual to tell their stories and go against institutional power, particularly when there has been significant violence and structural disadvantage….Many cases present lost opportunities for the police to address misconduct and to reflect on the way in which policing activities may be impacting marginalised communities.

It has been noted that nine out of ten referrals pertaining to Victoria police misconduct, are referred back from IBAC to Victoria Police for the police themselves to investigate.  The Police Accountability Project states that only around 4% of all police complaints in Victoria are substantiated.

The truth is most victims of police misconduct do not bother to complain to the police Professional Services Command (PSC), as the system is perceived “broken”, “corrupt” and maintaining a conflict of interest.  With police investigating their mates or themselves, in relation to crimes they committed against civilians.  Hence the low number of actual complaints about police corruption, misconduct and brutality. 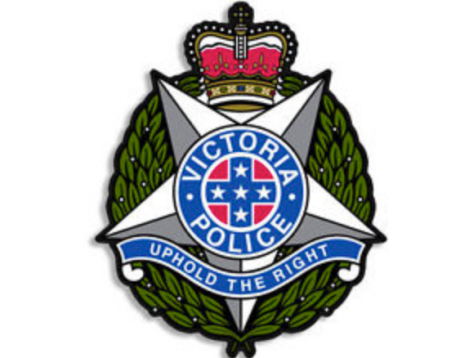 Whose rights are corrupt police upholding?

Most complainants are only successful in receiving apologies from the police force and financial compensation for their injuries stemming from police brutality, after taking costly civil legal action against the police force.

“You don’t tar the whole force by a few incidents”.

To be fair to Ms Neville, it is estimated that only around 10% or 1844 Victoria police officers are allegedly corrupt.

Unfortunately, Ms Neville has vastly underestimated the true number of civilians who are subjected to Victoria police brutality.

Ms Neville sensationally claimed that given Victoria police record 14,000 incidents a day with the public and receive only seven complaints a day.  Further claiming that in her opinion the police force do not have brutality problem.

It is disappointing that the fantastic work that the vast majority of good police do for the Victorian community, is over shadowed by the human rights abuses and criminal activity of a small percentage of their questionable police colleagues.

There is a hidden epidemic of police misconduct cases rising to the surface in recent years. This avalanche of corruption is beginning to become apparent in the public domain and mainstream media (MSM).

In our investigations into police abuse of power over the past five years, evidence of hundreds of victims of police brutality has been observed.  The true number is in fact estimated to be into the many thousands of victims.

Victoria police has a long and muddied history of targeting vulnerable groups within the community who have committed no crime.

There have been cases over the past fifteen years where corrupt Victorian police have allegedly co-operated with insurance companies and well-funded commercial entities to surveil, harass, bash and terrorise disabled insurance claimants.  Presumably, with the intention to cause claimants to commit suicide and negate their claims.

It is clearly a conflict of interest and unlawful behaviour for bad cops to misuse publicly funded police resources to stalk, harass, bash and torture innocent civilians on behalf of commercial entities.  While moonlighting as private investigators and security consultants.

There are other a multitude of incidents where corrupt police have co-operated with colourful figures, terrorising disabled pensioners, victims of crime, whistle-blowers and human rights defenders, resulting in their suspicious deaths.

Additionally their are a myriad of examples of whistle-blowers, human rights advocates and victims of crime being bullied out of their places of employment, universities, sporting, church and social groups, by corrupt police and criminal informants working for the police.  It is claimed that such perverse actions are a form of retribution for making complaints about police corruption.

Over the past two years since the Royal Commission (RC) into Family Violence, certain members of Victoria Police have misinterpreted the findings of the RC and wrongly misidentified victims of family violence as perpetrators, rather than recognizing them as actual victims.

There are also an increased number of incidents where police have wrongfully arrested and brutality bashed both female and male crime victims, when they should have been protecting them from further harm from their abusive partners, housemates, mafia gangs and bikies.

In similar incidents victims of gang crime, bikies and organised crime claim to no longer report bashings, stalking, harassment and death threats to the police, as the police rarely act and investigate.

Hence the real fall in crime statistics. Falling statistics not due from crime reduction, more likely as a result of police laziness or ineptitude.
The continued targeting and abuse of family violence, child sexual abuse and crime victims have caused a profound lack of trust of towards Victoria police hierarchy within the Victorian community.

This failure in the police to keep all sectors of the community safe from crime, is giving rise to vigilante justice groups and alternative right groups, who claim they are taking back control of the streets, to protect their families.

Police bashings, torture and suspicious deaths not only affect the intended targets. The systemic brutalisation of vulnerable and marginalized communities also affects the victims’ families, their friends, their work and school colleagues, their social media network friends, their social workers, their counsellors, their psychologists, lawyers, court support workers, nurses, doctors and the greater community.
The flow on effects for police abuses of power last for generations.  Essentially creating a public health and socio-economic crisis.

Investigations into serious police misconduct must be independent and efficient. It’s in the public interest, the interest of victims and the interests of police officers who do the right thing. It is also required by international human rights law.

This is the fact that Victoria Police and the Victoria government fail to understand. The Victorian community expect to be protected by police, when the call them and request their assistance in criminal investigations. They do not expect to be capsicum sprayed, stripped naked and bashed with baseball bats, police batons, gun butts, planks of wood and subjected to water boarding style torture tactics.
Nor do victims of crime appreciate when rogue police video tape ‘trophy’ evidence of their police brutality, to show off their criminality to their mates.

Police brutality and police abuses of power must stop now.

The Victorian and Australian community have had enough of being at the receiving end of questionable police abuses of power and their affiliated cover ups.

Hugh de Krester has argued for that;

The current system is failing Victorians and the odds are stacked against anyone who complains against police….(There is a ) need for an independent complaints system the public can trust and that delivers fairness and that delivers justice.

Currently the Victorian Parliament and the the Independent Broad-based Anti-corruption Commission Committee (IBAC) are conducting an inquiry into the external oversight and investigation of police corruption and misconduct in Victoria.

The Victorian police complaints system is broken and is not fit for purpose. It needs to be dismantled and redesigned in concert with cross sectional members of the community, who have had real working experience in dealing with the adverse effects of a dysfunctional police system and corrupt police complaints mechanism.

3 responses to “Police brutality in the spotlight”