The Court was told that Mr Taylor was not involved as an OPI investigator.  Further he added that he had no idea about the formulation of the charges that OPI created against Mr Mullett.

Mr Taylor strongly stated that he wasn’t going to sign a charge that would not be sustainable in a court hearing.  He confirmed that he looked at the evidence in respect to every stated charge and assumed that the OPI evidence was correct.

Although he admitted spending only a brief period of time perusing the voluminous OPI brief of evidence, that OPI collated against Mr Mullett.

He told the Court that the OPI legal team denied that there was any exculpatory evidence in support of Mr Mulletts’ position.

Mr Taylor strongly asserted that he was never asked to do an investigation, or test the evidence, as he confirmed it was an OPI investigation.  He elaborated that his job was only to review the OPI evidence and sign off on the charge sheets.

Remarkably Mr Taylor did not recall taking notes about the investigation.

When queried about former Police Associations’ President Brian Rix, Mr Taylor understood that there were no charges were laid against Mr Rix. 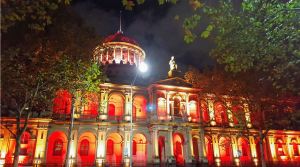 The role of the Victoria Police informant in this curious OPI investigation, was a “heavy burden” for Mr Taylor.

The Court heard that after both  Mr Taylor and Mr Keiren Walshe reviewed the OPI evidence, the charges against Mr Mullett  were approved and referred to the Office of Public Prosecutions.

The Court was advised that Mr Walshe had a distinguished 46 years policing career, receiving many commendations for ethical and diligent service, in addition to receiving a National Police medal.

Mr Walshe strongly asserted that he was in “no way” responsible for the OPI investigation into Mr Mullet, Mr Ashby or Mr Linnell.

He described the large briefs of OPI evidence, recalling a considerable number of;

“four pages binder that contained a large number of documents”.

Mr Walshe did not recall seeing warrants for the telephone intercept material.

He told the Court that he read the vast majority of the OPI investigation material over a two week period, until he was satisfied that there was a reasonable prospect of prosecution, against Mr Mullett.

Surprisingly Mr Walshe claimed that he later “shredded” the evidence, related to the OPI investigation.

The Court was told that every party in this case has led a distinguished and highly decorated careers in public service.

The bitter rivalry between the parties spilled over to their legal counsel, with Mr Mullet’s barrister Mr Panna, delivering a karmageddon styled smack down, during his final submissions against his opponent Ms Orr, leaving her quivering in the wake.

The hearings presided over by Justice Terry Forrest, concluded on the 31st of May 2016.

Justice Forrest will deliver his findings at a later date

Copyright Notice: The Copyright owner gives permission to re-use 70 words from each article on this website, with written acknowledgement of the author and source URL, in your work, book, newspaper, TV show, documentary, film  or website article.  Any breaches of this Copyright violation will be subject to litigation and public naming and shaming.

One response to “The curious case of the “controversial” OPI investigation: Mullett vs Nixon – Part 5”