The Court heard from a former detective, who was stationed at the internal Victoria Police investigations department, to liaise with the OPI investigations team.  He stated that OPI;

“had a new telephone interception system, [that] they were having trouble with it, they were losing data”.

This OPI bungling led to the VicPol interception unit being deployed to the joint investigation.

A former senior VicPol officer, who reported directly to Assistant Commissioner Luke Cornelius during the OPI investigation period, observed about the accuracy of the handwritten notes that;

“ the transcribed notes do appear to have omitted a point or two…a couple of errors in transcribed version..that missed a word here or there”.

The former OPI initiated an “own motion investigation” into Mr Mullett’s activities.

The top secret OPI investigation, into the actions of three former police allegedly supplying the residential address of Mr Shane Chartres-Abbott to a hit man, who was later murdered, was the most expensive in Victorian history.

The Court was told by a senior police officer involved in the investigation at the time that advise given to Chief Commissioner Nixon, was that she should suspend Mr Mullett.

The court also heard that the former Chief Commissioner Nixon utilized a rare power, to apply extraordinary powers against Mr Mullett, a course of action normally reserved for police who display “disgrace or improper conduct”.

This power has apparently only ever being applied within VicPol on three occasions prior, including against former “disgraced” detective Paul Dale.

It was noted that these matters were most surprisingly later settled in a “favorable” manner, with Mr Mullet. 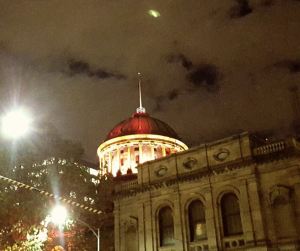 It was suggested that around December 2008, OPI determined that there was insufficient evidence required to prosecute former Police Association President Brian Rix, for his alleged involvement in police disciplinary matters, related to the murder inquiries in question.

Ms Nixon’s legal defense counsel made submissions that the investigations into former senior police’s questionable conduct, was compromised around September 2007, by the publication of a newspaper article.  The article that allegedly compromised the Operation Briars investigation, was written by The Age journalist Nick McKenzie.

The hearing is presided over by Justice Terry Forrest.

Copyright Notice: The Copyright owner gives permission to re-use 70 words from each article on this website, with written acknowledgement of the author and source URL, in your work, book, newspaper or website article.  Any breaches of this Copyright violation will be subject to litigation and public naming and shaming.