It is timely to note, some inconsistencies, half truths and false assumptions contained within IBAC’s “Special Report” (2013).

It can now be revealed that a key informer in Australia’s most high profile police corruption case, the murder of former police informer, Terence Hodson and his wife, by allegedly corrupt former Victorian police detectives, have repeatedly been tortured, harassed and terrorized by former corrupt OPI staff, former corrupt police and criminals, who mysteriously received stolen or leaked police intelligence, concerning the matter.

Furthermore a key police informer’s family and friends have also been tortured and in some cases murdered in recent months, by third parties, in retaliation for assisting Victoria Police, with the Hodson investigation.

IBAC’s “Special Report” (2013, p. 20) has noted that both the Petra taskforce, created to examine the Hodson murders and the subsequent investigation Operation Plyers have detailed explosive revelations of a person facing drug charges from VicPol, exchanging questionable information concerning the Hodson inquiries, with police in the form of “two statements by and a records of interview with the (intelligence) contractor”. In what was described as an allegedly corrupt deal, to recover his assets acquired from the proceeds of crime legislation. In addition to the dropping of criminal charges related to his alleged drug trafficking activities.

Evidence has come to light that reveals that VicPol were informed in late 2012 about the lack of credibility of a witness who previously supplied misinformation to them, concerning various matters involving malicious statements attacking the credibility of a police informer, in the Hodson homicide case and other criminal investigations.

The alleged drug dealer in question bears a remarkbale similarity to a corrupt police informer known to our investigators. This drug dealer has openly admitted to our investigators of his role in feeding malicious information to law enforcement agencies. He further claimed he was handsomely rewarded for his efforts, with his actions believed to be a result of financially motivated malice.

It can also be disclosed that this man in question, maintains extensive links to the Italian mafia and international drug manufacturing and trafficking organizations.

Furthermore the “intelligence” this alleged drug dealer offered to Victoria Police, appears to have benefited underworld lawyer, Nicola Gobbo. Who around mid-2010 sued Victoria Police, for her role in double crossing a suspected corrupt cop, Paul Dale, who was previously believed to be implicated in the murder and cover up of the Hodson double homicide matter.

We have been advised that the misinformation this alleged Italian mafia drug supplier, maliciously tendered to the police, was allegedly instrumental in Nicola Gobbo successfully claiming a significant financial payout from the State of Victoria. How convenient for her.

Moreover it is alleged that law enforcements sharing of this intelligence with corrupt politicians, criminal informers, journalists and global surveillance counterparts (such as our dear friends residing at the CIA and NSA), have resulted in police informers receiving extreme retribution and immeasurable suffering and torture, as a consequence of police intelligence about the Hodson case being leaked. 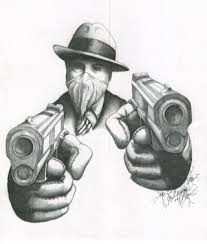 Furthermore notable comments in the IBAC “Special report” (2013, p. 9) include comments relating to Taskforce Keel, where Victoria Police found “in the course of their investigations” into other criminal matters, the discovery that outlaw crime gangs (OCG’s) had in their possession “leaked documents contain(ed) the names of police informants in other investigations into serious unlawful activities”.

How convenient for these criminals to be handed secret evidence, to torture and silence police informers.

In a related explosive matter, OPI previously revealed that in thire OPI 2011 – 2012 Annual Report tabled to Victorian Parliament that “ leaked police documents” and substandard OPI and VicPol information security breaches, resulted in highly confidential “intelligence documents” about informers, to be found in the possession of multiple OCG’s.

Again another convenient “mistake” to benefit the mafia.

What OPI did not reveal to the Victorian Parliament or the Australian public, at the time was the fact that they continued to engage in obtrusive physical and electronically surveillance of said informants and repeated accidentally “leaked” or allegedly sold information to members of OCG’s, harnessed from the unlawful surveillance activites.

The OPI and VicPol informants again were as a result of these leaks, tortured and in some cases had family and friends, murdered, terrorized and harassed by criminal elements, as a form of retribution for speaking to police.

These extraordinary facts about the scandalous corruption in operation within the Victorian government, OPI, VicPol and IBAC, have been hidden from the public view and allowed to continue, growing into the exponential destruction of everything and everyone in their wake.

The shocking crimes innocent Australian surveillance targets have been subjected to by the Australian and American et al spying apparatus, are in breach of the rule of law and against Victoria’s Charter of Human Rights and Responsibilities Act, the Crimes Act (1958), the Wrongs Act (1958) and the Universal Declaration Of Human Rights Articles (1948).

It is important to note that current Victorian Police Chief Ken Lay, is doing a commendable job, in his efforts to bring truth, transparency, accountability and ethics back into line and play within Victoria Police.

OPI and LEA informers, linked to mafia, given Protected Disclosure and immunity status

These aforementioned low life bottom dwellers, were all allegedly given whistleblower protection status, by OPI /IBAC/ VicPol, in a concocted effort to allegedly make highly defamatory and perjured statements, which in turn aided criminals to roam free.

It can further be revealed that the people that furnished OPI / IBAC and VicPol with these highly defamatory misleading statements, were all allegedly given multi-million dollar, tax payer funded government contracts and grants, for their roles in the greatest corruption scandal in Australian history.

These facts are eerily absent from the IBAC’s “Special Report” (2013). 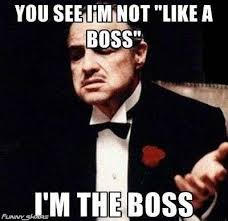 DON’T SHOOT THE MESSENGER – WE ARE JUST REPORTING THE FACTS, IN THE PUBLIC INTEREST

The revelation of the aforementioned explosive revelations, is in direct response IBAC s “Special Report” (2012 – 2013), detailing extensive half truths, false assumptions and misinformation to the Australian people.

The release of the above facts are very much in the public interest, as they report the extraordinary abuse of power, that Australian Law Enforcement and Intelligence agencies have allegedly been engaged in.

It has been noted that if the state of Victoria had a proper functioning Whistleblower Protection scheme that was not selective in who it protects and actually investigated corruption, in addition to a legitimate and ethical Anti-Corruption body ,that genuinely monitored and charged corrupt politicians, OPI investigators and public servants, then morally righteous investigative journalists and bloggers, would have no need to freely publish facts, in the public interest, pertaining to alleged serious historical corruption.

It is indeed the role of the fourth estate to inform the public, to create a public sphere for informed debate and expose wrong doing by public figures. Regardless of the embarrassment and humiliation that criminal wrongdoing may case “special politicians”, public servants and corrupt investigators and lawyers.

Disclaimer: The aforementioned opinion is politically protected free speech as defined under the Universal Declaration of Human Rights Doctrine.

If we didn’t publish these facts and evidence, someone else would. Those involved in the corruption are advised to get over their mass humiliation and admit their wrong doing. Stop telling dirty lies and be accountable for your actions now.

Readers also be advised that all evidence detailed in all of our works is encrypted and held on international servers. Additional backup copies of evidence is held with an international whistle blowing organisation.

Our researchers and writers hold no evidence whatsoever on their person, physical premises or in any digital form. This measure is taken for their own protection.

All evidence presented to our researchers is cross referenced and checked and verified. In many instances we do not proceed with publishing facts, if the evidence has not been verified, or is not in the public interest.

In this case this story is in the public interest and we have cited voluminous amounts of evidence supporting our opinions.

Should any people reading our opinion have concerns for their mental welfare or are feeling suicidal about their dirty secrets being publicly exposed, we suggest they contact Jeff Kennett at Beyond Blue.

Copyright Notice: The Copyright owner gives permission to re-use 70 words from each article on this website, with written acknowledgement of the author and source URL, in your work, book, newspaper or website article, .  Any breaches of this Copyright violation will be subject to litigation and public naming and shaming.

9 responses to “Open response to IBAC’s 2013 “Special Report”: Exposing the corruption around the Hodson murder case and benefits supplied to the mafia. Part 2”