Sky York is a Melbourne based health worker and qualified hypnotherapist, who was formerly a technocrat. Sky is also a proud advocate of the avant-garde artistic movement, currently surfing the waves of change across the planet.

Sky York and her Crew set sail on a journey on the 3rd of December 2010, with a mission to ‘shine a light on the global systematic forms of torture and human rights abuses, while in search of a higher moral ground’.

Sky York and Crew maintain a solid vision to pioneer positive change, by instituting new pillars of democracy through the concretization of; transparency, accountability, truth and justice on earth.

Sky York and Crew remains a strong proponent in overseeing the global dissolution of the pillars of greed, corruption, abuse of power and all forms of systematic torture actuated against humanity.

On the 3rd of December 2010 Sky York and Crew launched the ‘Sinking Ships and Walk the Plank’ campaign. Showcasing; largesse, greed and corruption in myriad of forms, within commercial, industrial, organized crime and government practices.

The “Sinking Ships and Walk the Plank” campaign reveals a narrative of a journey across the high seas and explains how history repeats.  This theme elucidated American historian David McCullough’s sentiments, who previously stated: “History provides us with a road map to navigation in turbulent waters”. The campaign was aligned to coincide with the 100th anniversary of the sinking of the Titanic ship, on the 15th of April 1912.

Particular attention is focused on mass human rights abuses, drawing on intelligence concerning rogue people smuggling activities on the high seas and drug trafficking activities within the maritime sectors.  The ‘Sinking Ships and Walk the Plank’ campaign has been a tremendous undersea success.

Another successful campaign began on the 13th of April 2011, as Sky York and Crew launched ‘The Truth Shall Set You Free’ campaign.  Dedicated to exposing the many forms of dishonesty and propaganda, disseminated by power agencies and big corporate interests. Additionally empathize highlights the detrimental generational effects such corrupt practices have on society, the environment and the economy.

It should be noted that as a visionary seafarer Sky York and Crew often disseminate information to the people prior to such events becoming public knowledge.  Sky York operates under the ideologies prescribed by pioneering 20th century philosopher Jürgen Habermas in his work the “Public Sphere”, by emulating all forms of civil discourse, rational communication, free speech, collaborative information exchange in an open and transparent manner, in order to enhance a more prosperous, harmonious and open society.

Moreover Sky York and Crew operate on the principle that ‘Truth is Universal’, meaning actions that transpire in one part of the world, will bear a direct correlation to parallel events occurring in other parts of the earth. With the interconnected fabric of life, the action of exposing corruption, human rights abuses, civil liberty and privacy breaches in addition to criminality, in one city will precipitate a powerful ‘Butterfly Effect’ across the planet.

In order to protect the identity of whistle blowers and criminals who seek to tell the truth, Sky York and Crew always disguise the name and identity of such individuals, for their own protection.

Furthermore, it is also important to note that Sky York and Crew engage in professional investigative blogging, prescribing to all relevant Codes of Ethics. The key point of difference in Sky York and Crew’s work is our public interest investigations undertaken often take between two and nine years of detailed investigative research to uncover, analyse, collate and publish evidence of corrupt practices.
Due to the timely and costly practice of our public interest investigations Sky York and Crew request that all our copyright material is to be fully cited. Further, Sky York explicitly requests that all previous material published on our former website and Twitter accounts that have been wrongly or mistakenly attributed to third parties, including; media and entertainment agencies, PR and communications firms, commercial entities, government bodies, journalists, authors, bloggers, cartoonists, artists and reporters be retrospectively attributed to Sky York forthwith.

References may be cited as follows:

Sky York is not and has never been associated with any political party, government organization or religious group. Sky York does not receive any; money, grants, sponsorships, financial, material, commercial or sexual benefits from any political party and/or their associates, in exchange for expressing their opinions. 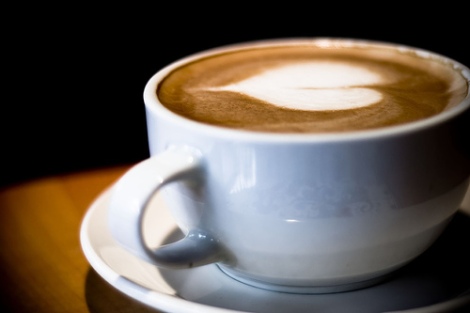 It is also important to note that Sky York and Crew are not, nor have ever been involved in computer or network hacking activities to solicit information. Moreover no torture, drug inducements, blackmail or bribery practices have been utilized in our research. We are an ethical crew and only ever provide a complementary cup of coffee to individuals that freely choose to provide intelligence, in an effort to adhere to enhancing the public sphere and the tapestry of society.